Although there is still not so much data on how CBD has a beneficial effect on the body, scientists still have some ideas on this subject. Surprisingly, cannabidiol does not bind to the active sites of the cannabinoid receptors CB1 and CB2, as does the same THC. But it interacts with the GPR55 protein secreted in the brain and peripheral organs. Researchers believe that this determines its antispasmodic effect.

In the brain, CBD regulates the synaptic transmission process, during which signaling molecules are transmitted from one neuron to another. The connections between these brain cells grow stronger when GPR55 is activated.

The relationship of this protein with CBD is confirmed by experiments with genetically modified rodents in which epileptic seizures were caused. Those animals in which GPR55 was present responded to cannabidiol treatment, and rats without protein continued to experience convulsions.

Wally also believes that CBD can contribute to the desensitization of the TRPV1 protein, which is involved in the transport of ions and calcium in the body, which also helps relieve cramping. First, cannabidiol activates this protein, but then quickly decreases the sensitivity of the ion channel, effectively blocking the transport of calcium into cells. By analogy with GPR55, animals that lack TRPV1 do not respond to CBD.

Finally, this substance interacts with the channel of transport of adenosine, an anticonvulsant substance produced by the body. Wally believes that cannabidiol suppresses seizures, mainly due to its effect on adenosine, but more experiments are needed to confirm this hypothesis.

Such a wide range of areas in which CBD is active allows scientists to suggest that this substance may be useful in the treatment of motor disorders, such as Parkinson’s disease. And the interaction with serotonin receptors suggests that cannabidiol can be used to treat depression, anxiety and psychotic stages of bipolar disorder and schizophrenia.

Nevertheless, many researchers, such as Roger Pertwee, a professor at the University of Aberdeen and the head of the pharmacology department of GW Pharmaceuticals, insist that without clinical data it cannot be confidently stated that the interaction of CBD with these receptors and proteins means that it causes a therapeutic effect of this substance.

THCBDX one of the best and reputable CBD oil brands in the UK that offers premium quality CBD oil products at competitive prices. Can Hemp Oil Help with Anxiety and Depression? 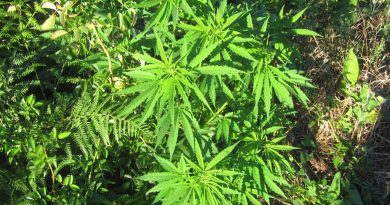