CBD and THC, generally attract most of the attention when it comes to cannabinoids, there are actually over a hundred others that have been identified in cannabis. One of the most exciting of these fascinating compounds is Cannabinol or CBN.

When Tetrahydrocannabinol (THC) ages, its molecular structure is transformed due to oxidation, and its new form is classified as Cannabinol (CBN).

Because CBN is the byproduct of aged THC, it is generally found in older cannabis plants, although, CBN is also produced within the body as THC is passed through the metabolic process.

Similar to THC, CBN can stimulate the CB1 and CB2 receptors in the body’s Endocannabinoid System (ECS); however, unlike THC, CBN is only mildly intoxicating and, generally, will not induce euphoric effects on the user.

For this reason, CBN is commonly compared to CBD rather than THC and has become an exciting topic in the realm of cannabinoid research.

While CBN is derived from THC, its chemical composition is more closely aligned with CBD. It does, however, naturally possess, some characteristics of THC, and can be viewed as somewhat of a hybrid between CBD and THC.

One of the main differences between CBD and CBN is that, unlike CBD, CBN can bind to the CB1 and CB2 receptors in the ECS. Inherited from its predecessor, THC, this capability is the source of the infamous cannabinoid’s intoxicating properties; however, the intoxicating effects of CBN are much less intoxicating than those delivered by THC.

CBN may possess and imagine the possibilities of how CBN can be used to help thousands of people around the world!

In a recent study, researchers found that cannabinoids that activate the CB2 receptors, such as CBN, can help reduce neurodegeneration caused by Parkinson’s Disease and similar conditions. The compounds effectively reduce oxidative stress and neuroinflammation in the brain, protecting it from the damage caused by those diseases.

When chronic illness reduces the appetite to unsafe levels, CBN may potentially reverse the effects, triggering hunger and allowing individuals to nourish their bodies. Research has reportedly found that CBN can trigger hunger hormones, making it much easier to eat enough to improve quality of life and speed up recovery.

Bacteria resistant to traditional antibiotics, such as MRSA, are notoriously hard to treat, but researchers have found a possible solution–CBN. When exposed to the otherwise hardy bacteria strains, CBN proved rather powerful, potentially offering a new way to fight these stubborn agents.

As they act on the neural pathways in the brain, CBN has shown the potential to reduce intraocular pressure, which was revealed by a research study performed in 2004. The reduction of pressure in the eye can help minimize the risk of developing glaucoma, a leading cause of blindness worldwide.

Research is continuing to look into the benefits of cannabinoids, so stay tuned for upcoming updates on CBD. 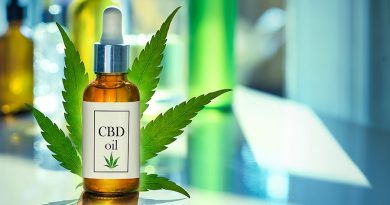 Can CBD Help You to Get A Better Sleep?